My name is Zabeyrou Moustapha. I’m the oldest of my family with 3 sisters from the same mother and 1 more sister from another wife of my father. My family is Muslim, therefore, up to 4 wives are legally allowed in Niger. My mother always wanted me to become a Muslim religious leader. So I was sent to Koranic school in the afternoons twice a week after my regular school during the school years, and every day during the vacations.

I became a Christian in 2010, but she still prays that I might return to Islam. In 2020 I finished all the coursework and hospital practices of medical school, now there only remains a thesis to be completed.

I first met Maman Aileen Chung at the English Club (where I met Muriel also) in 2009 when I was in my second year in high school. Ever since then we have done many Bible studies at her place with university students. Some of the students I met there are now teachers at Grâce Académie.

In 2016 when she shared about starting a girl’s school, we were all surprised because educating girls in secondary education is not common in this culture, especially when she mentioned about teaching Bible, I thought it was an impossible dream. But God’s plan was bigger than our social barriers.

I have been working at Grace for 5 years now as a teacher, a member of Admin, and a doctor to take care of the students, and the sick from the village who comes often. Since the school began in 2017, we were very impressed how God’s hand was on this school growing not only in numbers of students and teachers but also in our faith. We saw how God sent skilled people, needed funds, and good advice for the constructions and operation of the school. Of course, we did have some difficult times, too. But watching how God came through every time convinced me that He was leading this school!

Last three months of her absence was the first time she was away during the school year. To assure the continuity of the school, Muriel, André, and I worked hard to operate the school smoothly by communicating with her every day, which was difficult at times due to the time difference and coordinating the views at a distance. At the time the construction of the upstairs classroom was in progress and the new dorm construction had just begun. I had much to report to her daily. She gave us many advice to manage our tasks such as discipline problems of the students and some complaints of the teachers. By the Grace of God, she is back among us now, and the school year is almost at the end.

For the prayer requests:

- Safe travel as the girls return home for vacation

- The staff needs for the new school year

- Ongoing construction to be completed before September

- Problems with the government such as tax, school registration etc

- For the security of our school and for this country 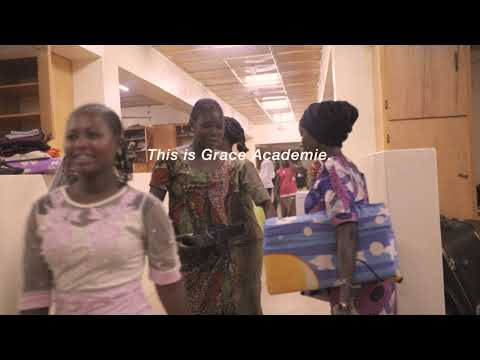